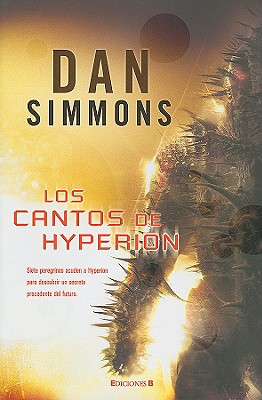 By Dan Simmons, Carlos Gardini (Translator)
May Be Available to Order
Hard to Find. We can look into it for you. Availability not guaranteed.

In the world called Hyperion, beyond the Network of the Hegemony of Man, awaits the Alcaudn a fascinating and frightening creature to which members of the Church of Atonement Final revere as Mr Pain. On the eve of Armageddon and against the backdrop of possible war between the Hegemony, Exter and swarms of artificial intelligence TecnoNcleo, seven pilgrims attending Hyperion to resurrect an ancient religious rite. All are bearers of hope and impossible, too, of terrible secrets. A diplomat, a priest, a soldier, a poet, a teacher, a detective and a sailor intersect their lives and destinies in a pilgrimage in search of Alcaudn and the Tombs of Timepo, majestic and incomprehensible buildings that house a secret from the future. Their personal stories compose a suggestive kaleidoscopic vision of the complex society in which they live and to which, perhaps, can save.