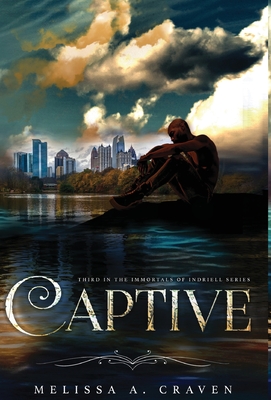 Readers are calling Captive the best in the series

They claim he is an addict. His drug of choice is his power.

They say his rigid self-control is the only thing that will save him.

Four years ago, a single moment of distraction cost Quinn Loukas his freedom.

Held as a captive of the Immortal organization known as Soma, the power that seduces him is now in the hands of another. If Livia discovers what he is truly capable of, she will turn him into the monster Quinn fears is lurking deep inside his soul. His only hope is to escape before she has that chance. But there are others at Soma. Those he's grown to care for and refuses to leave behind.

Thousands of miles away in India, Sasha blames herself for the capture of the boy she's loved nearly all her life. As she and her family work to bring Quinn home, Sasha is caught up on a journey of her own that will take her far from everything she ever thought she wanted. Drafted by the Senate into a brutal training program, Sasha begins to discover who she truly is and how little control she has over her own destiny.

Sasha and Quinn have always shared a special bond, but with their lives moving in opposite directions can they ever go back to the way they were?

Or is there something much more complicated about the future of their relationship?