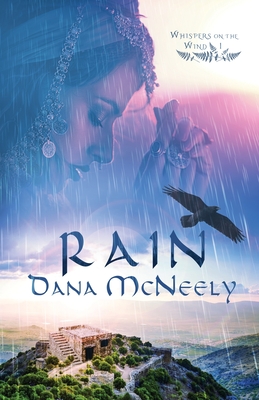 By Dana McNeely
$17.24
Available and Ships as Soon as Possible.

He is destined to be high priest-but at what cost to those he loves?

In ancient Samaria, Aban anticipates his rites of passage with excitement and dread. He yearns to join the priesthood of Ba'al Melqart, unlock the power of the rain god, and hear the deity's voice. He's been warned the licentious ceremony can take a dangerous turn, but as eldest son of the high priestess, he holds a privileged position. If he can make it through the ceremony, one day he'll rise to high priest.

On the eve of the rituals, Aban's mother confesses a dark secret about the bloody sacrifice demanded by Melqart. Aban may have escaped the flames, but if he is to save his brother, Aban must take his destined position of power as soon as possible.

When the mysterious prophet Elijah interrupts the rites, overturns the idol, and curses the land with drought, Aban's world is shaken. The current high priest and the king appear powerless, but even more confusing is the fact that the rain god does nothing.

Against his better judgment, Aban conceals the strange prophet's whereabouts, forfeiting the high priesthood. Now an enemy of the relentless Queen Jezebel, Aban has little time to question his fading commitment to Ba'al Melqart as he and his loved ones flee. But the conflict in Samaria is much larger than just a high priestess and her sons. Soon, Aban will have to choose a side in Yahweh's war against the Ba'als-and it may cost him his life.