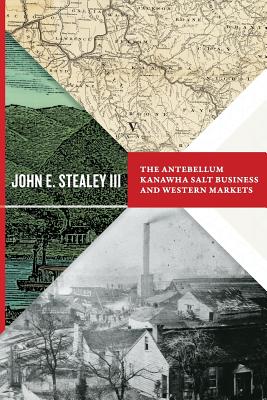 By John E. Stealey
$24.99
Available and Ships as Soon as Possible.

In the early nineteenth century, a ten-mile stretch along the Kanawha River in western Virginia became the largest salt-producing area in the antebellum United States. Production of this basic commodity stimulated settlement, the livestock industry, and the rise of agricultural processing, especially pork packing, in the American West. Salt extraction was then and is now a fundamental industry.

In his illuminating study, now available with a new preface by the author, John Stealey examines the legal basis of this industry, its labor practices, and its marketing and distribution patterns. Through technological innovation, salt producers harnessed coal and steam as well as men and animals, constructed a novel evaporative system, and invented drilling tools later employed in oil and natural gas exploration. Thus in many ways the salt industry was the precursor of the American extractive and chemical industries. Stealey's informative study is an important contribution to American economic, business, labor, and legal history.

"A piece of meticulous scholarship and an outstanding reconstruction, mostly from primary sources, of one of the first major manufacturing industries to develop in what is now southern West Virginia. . . .This is a well-told story of entrepreneurship, revealing how innovators in a frontier industry both anticipated and adapted to change by introducing new technologies and forms of business organization."
West Virginia History