The Gunzburgs: A Family Biography (Hardcover) 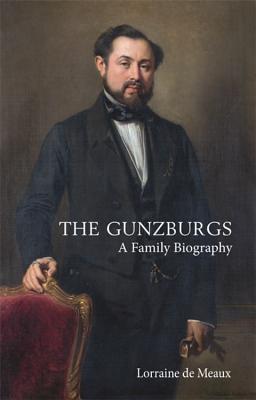 By Lorraine de Meaux, Steven Rendall (Translated by)
May Be Available to Order
Limited Availability. We can look into it for you. Availability not guaranteed.

In 1857 the Gunzburgs arrived in Paris from Russia with their large family, a retinue of business staff and extensive domestic help: personal assistants, secretaries, tutors, wet-nurses and nannies, coachmen, ladies' companions, valets and maids, and even a kosher cook. For the Gunzburgs were practising Jews who observed every religious law whilst also launching themselves into Parisian high society. Napoleon III was on a mission to modernise France and the Gunzburgs were quick to avail themselves of opportunities that were opening up - particularly in banking. The family fortunes prospered through hard work, foresight and marriage. Soon the family was playing a leading role in the Jewish communities of both Russia and France, alongside their contemporaries or relatives the Ephrussis, the Rothschilds, the Brodskys, the Camondos and the Sassoons. The family lived through the tumultuous events of the Franco-Prussian War of 1871, and when family tragedy struck later, they returned the family base to Russia. They witnessed the Russian pogroms and revolution of 1905. Their sons fought in the armies of three countries in the First World War, only to go into exile as revolution gripped Russia in 1917-18. The outbreak of the Second World War saw some of the family once again on the road as refugees. Lorraine de Meaux discovers lost archives, letters and pictures, as she brings together distant family members in her story of the Gunzburgs.

Lorraine de Meaux has a doctorate from the Sorbonne and teaches Russian History in Paris.