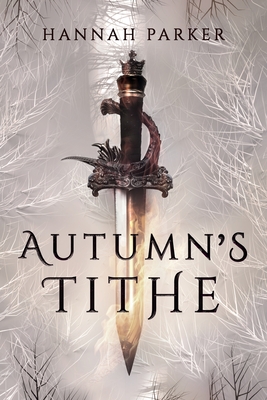 Every girl in Ballamor dreams of being chosen by the fey. For some, because the fey promise to deliver them to the beautiful faery realm. For Larken, because her closest friend was chosen the previous year. She tries to accept her fate-until she discovers that her friend is in danger and the promise of eternal joy amongst the fey could be a lie.

Larken breaks the sacred covenant between humans and fey and enters the faery realm to find her friend. Her only ally is Finder, a faery prince of the Autumn Court who now owes her a debt after she unwittingly saves his life. Their bond is both the key to her survival... and possibly her downfall.

Underneath the glittering fa ade of the faery realm seethes a shadowy pact writ in blood, betrayal, and lust for power at any cost. A tithe must be paid by each of the courts of Airodion. Both Finder and Larken's people face retribution if the tithe goes unpaid, and their bond could destroy the foundation of the courts-and the human world-forever.

Perfect for fans of Sarah J. Maas and Holly Black, book one of this new fantasy series will captivate readers until the very last page.