State of the Union (Paperback) 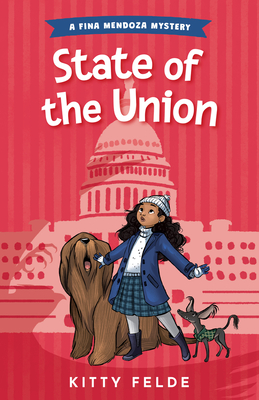 A mysterious bird poops on the head of the president during the State of the Union address. Can Fina Mendoza, the 10-year-old daughter of a congressman, outsmart the Capitol police and the Secret Service to find that bird and uncover its secret message?

This Capitol Hill mystery gives us a peek behind the scenes at the U.S. Capitol where there's a congressional battle over immigration reform, and a family battle when Fina's immigrant grandmother is nearly arrested at a Capitol Hill protest.