Serena Williams: Athletes Who Made a Difference (Paperback) 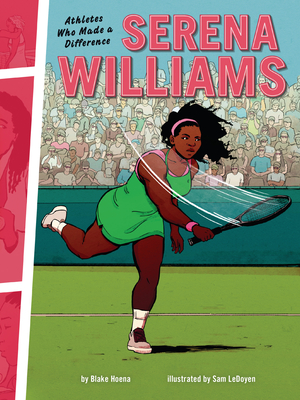 By Blake Hoena, Sam Ledoyen (Illustrator)
$8.99
Available and Ships as Soon as Possible.

Working through times of setbacks and Grand Slam glory, Serena Williams has become a role model for a new generation of tennis players, and it's all captured in this graphic biography. From an early age, Serena trained to be a force on the tennis court. Alongside her talented sister Venus, she rose up through the ranks until she was competing in--and dominating--the world's most elite tournaments. Follow along as she amazes everyone with her powerful, strategic playing style and also speaks out against racism and sexism in the tennis world.