Jesse Owens: Athletes Who Made a Difference (Paperback) 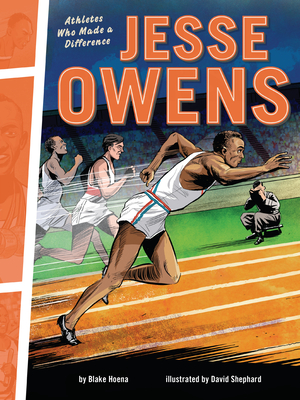 By Blake Hoena, David Shephard (Illustrator)
$8.99
Available and Ships as Soon as Possible.

In 1936, Adolf Hitler attempted to make the Olympic Games in Berlin, Germany, a showcase of Nazi superiority with a new stadium and the first television broadcast of the Games. He didn't account for African-American sprinter and long jumper James Cleveland Jesse Owens, who smashed records throughout his track and field career.