Jackie Robinson: Athletes Who Made a Difference (Paperback) 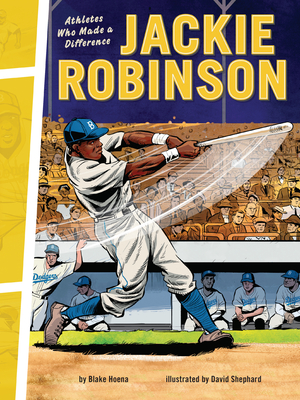 By Blake Hoena, David Shephard (Illustrator)
$8.99
Available and Ships as Soon as Possible.

In an era of discrimination, Jack Roosevelt Jackie Robinson broke Major League Baseball's race barrier. Before Robinson took his place at first base, the majors discriminated against African-American athletes, denying them a chance to compete. Despite facing harassment from fans and other players, Robinson stayed focused on the game, becoming the MLB Rookie of the Year in 1947 and later a baseball legend. This graphic biography follows Robinson's time on semi-pro teams, his days in the US military, and his history-making experience with the Brooklyn Dodgers.