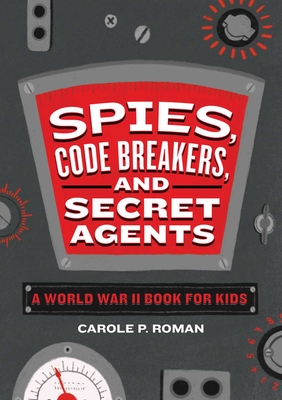 Discover World War 2's hidden heroes and villains. Spies, Code Breakers, and Secret Agents explores the intriguing world of spycraft and shows you what goes on behind the scenes in war.

From spy schools and ciphers to sneaky tools and secret armies, this guide takes you on a declassified tour of the undercover operations that helped decide the outcome of World War 2. There's also more than a dozen short spy-ographies that cover some of the most famous (and infamous ) agents that were active during the war.

Amaze your friends and family with all kinds of awesome facts about spies and secret agents from World War 2.