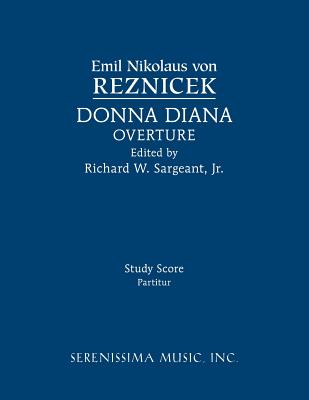 Reznicek's early comic opera Donna Diana, premiered at Prague's New German Theatre on December 16, 1894, was fairly popular in its day but largely forgotten now. Fortunately, its delightful overture rapidly took on a life of its own in the concert hall, where it soon became part of the standard repertoire. This new edition prepared by Richard W. Sargeant Jr. is based upon the first edition of the opera full score issued by Schuberth in 1895 and showcases Reznicek's orchestral brilliance for the enjoyment of professionals and amateurs alike.