The Blessing: A Memoir (Paperback) 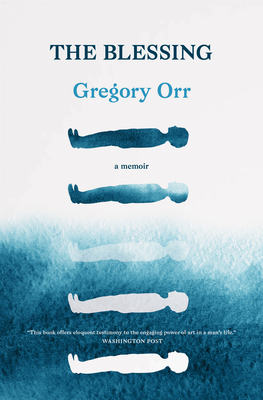 By Gregory Orr
$15.00
Available and Ships as Soon as Possible.

Hailed on its original publication as eloquent testimony to the engaging power of art in a man's life (Washington Post), this deeply moving memoir, long out of print, is reissued with an illuminating new afterword. When acclaimed poet Gregory Orr was twelve years old, he shot and killed his brother in a hunting accident. From the immediate aftermath--a period of shock, sadness, and isolation--it quickly became clear that support and guidance would not be coming from his distant mother. Nor would it come from his father, a philandering country doctor addicted to amphetamines. Left to his own devices, the boy suffered. Guilt weighed on him throughout a childhood split between the rural Hudson Valley and jungles of Haiti. As a young man, his feelings and a growing sense of idealism prompted him to activism in the civil rights movement, where he marched and was imprisoned, and then scarred again by a terrifying abduction. Eventually, Orr's experiences led him to understand that art, particularly poetry, could work as a powerful source of healing and meaning to combat the trauma he carried. Throughout The Blessing, Orr articulates his journey in language as lyrical as it is authentic, gifting us all with a singular tale of survival, and of the transformation of suffering into art.

Gregory Orr is the author of more than ten collections of poems, including, most recently, The Last Love Poem I Will Ever Write. He is also the author of several volumes of essays, criticism, and memoir, including Poetry as Survival and A Primer for Poets and Readers of Poetry. Orr is the recipient of a Guggenheim Fellowship, two fellowships from the National Endowment for the Arts, and the Award in Literature from the American Academy of Arts and Letters for The Blessing. Orr was the founder and director of the MFA Program in Writing at the University of Virginia, and the longtime poetry editor of the Virginia Quarterly Review. He lives in Charlottesville, Virginia.