Trust Me, I'm A Doctor.: My Life Before, During and After Anna Nicole Smith (Paperback) 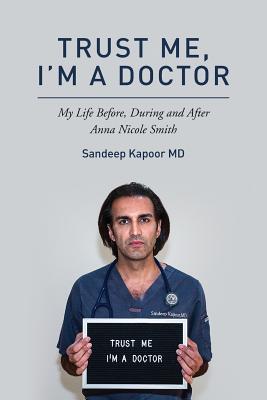 By Lindsay Harrison, Sandeep Kapoor MD
$22.94
Available and Ships as Soon as Possible.

For years, Dr. Sandeep Kapoor chronicled his daily life in simple spiral-bound notebooks. These journals were his safe space: he could be fully himself, totally vulnerable, and completely free in the absolute privacy of those pages.

Private-until a patient died under his watch, and his happy, normal life spiraled into chaos. That patient was celebrity Anna Nicole Smith, and Dr. Kapoor's journals were suddenly considered evidence in the trial that would determine whether Kapoor played a role in Smith's death.

Throughout the next hectic months, Kapoor found himself forced into the spotlight as the media and public speculated about Smith's death and Kapoor's involvement. Dr. Kapoor continued to journal throughout this arduous time, and Trust Me, I'm a Doctor is his memoir of the events surrounding this tragedy.

His is a complex story of how one poor decision led to years of persecution. It's a compelling behind-the-scenes look at not only Anna Nicole Smith's story but also the personal and professional life of one man who simply wants to provide care for those in pain. With warm humor, honesty, and humility, Dr. Kapoor tells it all-find out what really happened and who Dr. Kapoor really is.