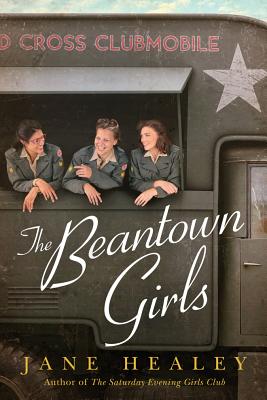 By Jane Healey
$14.95
Available and Ships as Soon as Possible.

A novel of love, courage, and danger unfolds as World War II's brightest heroines--the best of friends--take on the front lines.

1944: Fiona Denning has her entire future planned out. She'll work in city hall, marry her fianc when he returns from the war, and settle down in the Boston suburbs. But when her fianc is reported missing after being shot down in Germany, Fiona's long-held plans are shattered.

Determined to learn her fianc 's fate, Fiona leaves Boston to volunteer overseas as a Red Cross Clubmobile girl, recruiting her two best friends to come along. There's the outspoken Viviana, who is more than happy to quit her secretarial job for a taste of adventure. Then there's Dottie, a shy music teacher whose melodious talents are sure to bring heart and hope to the boys on the front lines.

Chosen for their inner strength and outer charm, the trio isn't prepared for the daunting challenges of war. But through it all come new friendships and romances, unforeseen dangers, and unexpected dreams. As the three friends begin to understand the real reasons they all came to the front, their courage and camaraderie will see them through some of the best and worst times of their lives.