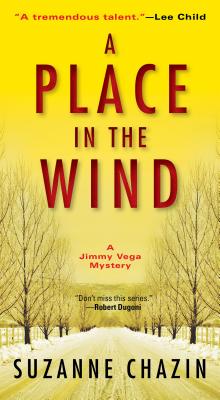 By Suzanne Chazin
May Be Available to Order
Limited Availability. We can look into it for you. Availability not guaranteed.

This is book number 4 in the A Jimmy Vega Mystery series.

A blond-haired, blue-eyed teenager from a prominent family vanishes after teaching English to a group of immigrants. Suspicion falls on the men she was tutoring, inflaming tensions in the close-knit, picturesque community of Lake Holly, NY. For Detective Jimmy Vega, more is at stake than just keeping the peace. His girlfriend, Adele, heads the community center where the girl was last seen. Now all she’s worked for is at risk.

After a murder suspect’s surrender goes horribly wrong, Vega gets tossed into a grunt detail that quickly turns into a political minefield. A powerful, charismatic leader will stop at nothing to cleave the town in two. But Vega uncovers even darker forces at play. And no matter which way he turns, every step could cost him his job, his town, his family—even his life.

Acclaim for Suzanne Chazin and Her Novels

“Chazin holds the reader from beginning to end.”—Suspense Magazine

Suzanne Chazin has won widespread acclaim for the Jimmy Vega series, including Land of Careful Shadows, A Blossom of Bright Light, and No Witness but the Moon, which was hailed as one of the ten best books of the year by the New Jersey Star-Ledger.  She is also the author of The Fourth Angel, Flashover, and Fireplay. She has twice been the recipient of the Washington Irving Book Award for fiction. Her fiction, essays and articles have appeared in numerous magazines and newspapers, as well as the award-winning short story anthology, Bronx Noir. She lives in the New York City area. Visit her on Facebook or at www.suzannechazin.com.