Blood on China Beach: My Story as a Brain Surgeon in Vietnam (Hardcover) 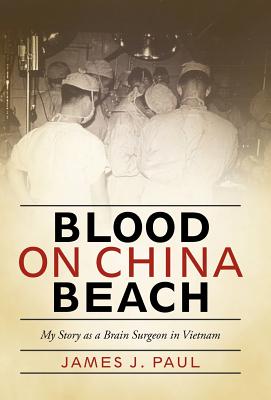 More than once during his yearlong duty, thirty-two-year-old Dr. James J. Paul wondered what had possessed him to leave the security of a neurosurgery practice in the Midwest to experience the blood, guts, and gore of brain surgery at a forward marine hospital during the Vietnam War. In Blood on China Beach, Paul, a neurosurgeon from the Mayo Clinic, shares the story of how he learned his craft in a rudimentary hospital in Vietnam, twelve thousand miles from home.

This memoir picks up where most Vietnam battlefield memoirs leave off-when the choppers deliver the dead and gravely wounded to the field hospitals and the dedicated doctors and medical staff struggle under primitive and unsterile conditions to preserve life. In this environment, Paul was charged with carrying out emergency neurosurgery on those soldiers sustaining head injuries. He details both the emotional and professional factors that played a role in his service and provides a unique perspective to the Vietnam War.

Insightful and historically significant, Blood on China Beach shows Paul's reverence for life and his admiration for the bravery of the marines he operated on, even as he questioned his own ability to make a difference. This memoir shows Paul's evolution from child to man and from neophyte to surgeon.