Long Island and the Sea: A Maritime History (Paperback) 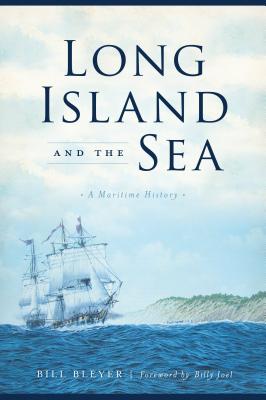 By Bill Bleyer, Billy Joel (Foreword by)
Email or call for price.
Limited Availability. We can look into it for you. Availability not guaranteed.

For more than five centuries, the waterways surrounding Long Island have profoundly shaped its history.

Familiar subjects of lighthouses, shipwrecks and whaling are found alongside oft-forgotten oddities such as Pan-American flying boats landing in Manhasset Bay in the early days of transatlantic flight. From the British blockade and skirmishes during the American Revolution to the sinking of merchant vessels by Germany in World War II, the sea brought wars to these shores. By the later part of the 20th century, Gold Coast millionaires commuted in high-speed yachts to Manhattan offices as the island's wealth grew. Historian Bill Bleyer reveals Long Island's nautical bonds from the Native Americans to current efforts to preserve the region's maritime heritage.