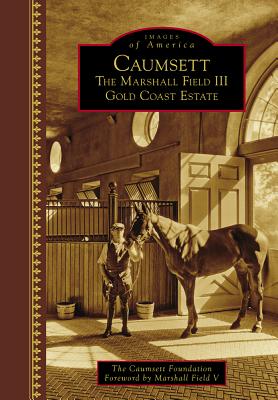 By The Caumsett Foundation, Marshall Field V. (Foreword by)
May Be Available to Order
Limited Availability. We can look into it for you. Availability not guaranteed.

This book offers an inside look at the beginnings and story of Caumsett State Park, from great English estate to nationally protected land.

Marshall Field III was 28 years of age and one of the richest people in the world when he came upon the idea of replicating the environment in which he had spent his youth. Raised and educated in England, Field sought the life of an English gentleman here in the United States. In 1921, Field purchased almost 2,000 acres of waterfront property on Long Island's North Shore, which would become Caumsett. Forty years later, Field's third wife, Ruth, opened bids for the right to purchase Caumsett and all that it had become. The highest bid, in excess of $5 million, came from a builder who planned to subdivide the estate and construct 700 homes. A second bid, from Robert Moses, then parks commissioner of New York State, was more than $1 million less. Ruth reflected on her life and what her late husband would have wanted. She turned to trusted adviser and confidant Adlai Stevenson and stated that she wanted to accept the lower bid. Fourteen months later, Caumsett State Park was born.