I Survived Ted Bundy: The Attack, Escape & Ptsd That Changed My Life (Paperback) 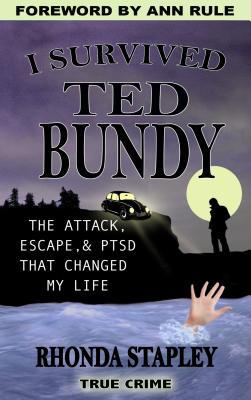 By Rhonda Stapley, Ann Rule
$14.95
Available and Ships as Soon as Possible.

She was an innocent Mormon girl. He was America's most notorious serial killer. When their paths crossed on a quiet autumn afternoon, he planned to kill her. But this victim had an incredible will to survive and would live to tell her story nearly three decades after he met death in a Florida electric chair.

Ted Bundy brutally attacked Rhonda Stapley in a secluded Utah canyon in 1974. She miraculously escaped and hid her dark secret until now. This compelling real story of triumph over tragedy is both shocking and inspiring and told with the true courage of a victim turned survivor.