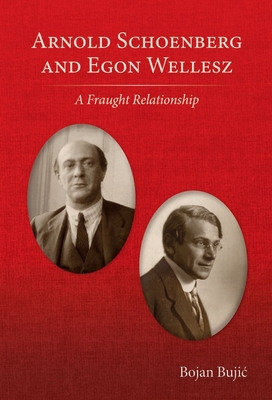 Egon Wellesz studied music only briefly with Arnold Schoenberg but remained forever captivated by his personality. Yet, unlike Alban Berg or Anton Webern, he never wholly succumbed to his master but developed his own style: in the1920s he emerged as a distinctive opera composer, and after emigrating to Britain in 1938 became a prolific symphonist who also produced sensitive settings of English poetry. Schoenberg resented this lack of loyalty, and not onlyrefused to acknowledge Wellesz as a pupil but rather directed at him some intemperate outbursts. Moreover, Schoenberg's general mistrust of musicologists extended to Wellesz, who had trained at Vienna University with Guido Adlerand later helped to shape the study of music in British universities. Yet, as the first biographer, Wellesz did much to promote Schoenberg's cause, especially in France and England. Bojan Bujic weaves these strands together in a masterly and meticulously researched account of a fraught relationship that brings into focus the outstanding intellectual and musical currents of the day in both Austria and Britain.