Obesity and Depression in the Enlightenment, Volume 3: The Life and Times of George Cheyne (Series for Science and Culture #3) (Hardcover) 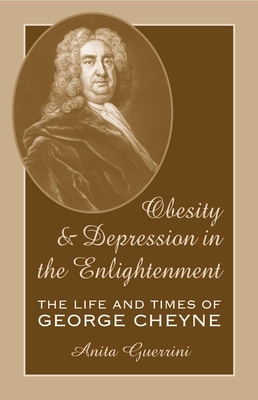 By Anita Guerrini
May Be Available to Order
Available and Ships as Soon as Possible.

Medical doctor George Cheyne, little known today, was among the most quoted men in eighteenth-century Britain. A 450-pound behemoth renowned for his Falstaffian appetites, he nevertheless advocated moderation to his neurotic clientele. Cheyne was an early admirer of Isaac Newton and a writer on mathematics and natural philosophy, yet he also linked science and mysticism in his writings. This inventor of the all-lettuce diet was both an author of learned tomes and, to his patients, a fellow sufferer who struggled with obesity and depression.

Scientist and mystic, patient and healer, libertine and scholar, Cheyne embodies the contradictions and obsessions of the Age of Enlightenment. Anita Guerrini reconstructs the ideas, events, and interconnections in Cheyne's era and shows how Cheyne's life and work uniquely epitomize the transition between premodern and modern culture.