Death and the Chevalier (Hardcover) 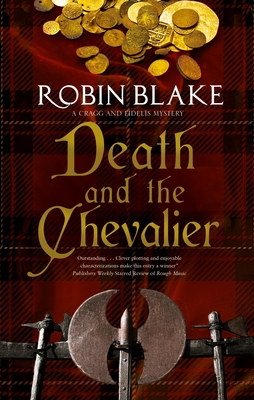 By Robin Blake
$29.99
Available and Ships as Soon as Possible.

As the Young Pretender and his Jacobite army approach, Coroner Titus Cragg must solve a brutal murder -and prevent himself being executed for the crime. November, 1745. Preston, Lancashire. Rumours abound that Charles Edward Stuart, the Young Pretender, has landed in Scotland, intent on marching south to claim the English throne. Meanwhile, a headless body is discovered in an icy pond. Coroner Titus Cragg thinks he has a lead when a head is eventually found - only to discover that it belongs to a different body. Could there be a connection to the approaching rebel army? Or is someone using the Highlanders' invasion as a cover-up for murder? As simmering tensions, conflicting loyalties and open hostilities split the town, Cragg finds himself arrested for murder. In order to clear his name and escape execution by firing squad, Titus must team up with his old friend, Dr Luke Fidelis, to expose the real killer.

Robin Blake is the author of five previous Cragg & Fidelis mysteries, as well as acclaimed works on the artists Van Dyke and Stubbs. He has written, produced and presented extensively for radio, and is widely published as a critic. He lives in London.