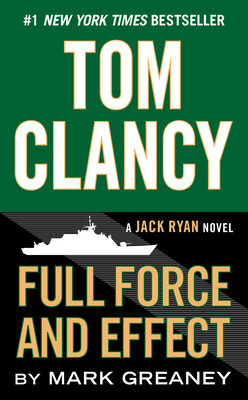 By Mark Greaney
$9.99
Available and Ships as Soon as Possible.

This is book number 14 in the A Jack Ryan Novel series.

A North Korean ICBM crashes into the Sea of Japan. A veteran CIA officer is murdered in Ho Chi Minh City. A package of forged documents goes missing. The pieces are there, but assembling the puzzle will cost Jack Ryan, Jr., and his fellow Campus agents precious time. Time they don’t have...

The challenge facing President Jack Ryan is an old one with a terrifying new twist. As the international stalemate with North Korea continues into its seventh decade, a young, untested dictator is determined to prove his strength by breaking the deadlock. Like his father before him, he hangs his plans on the country’s nuclear ambitions, a program impeded by a lack of resources—until now.

A recently discovered deposit of valuable minerals has caused a dramatic change in the nation’s economic fortune. Coupled with their nuclear capabilities, the money from this find will make North Korea a dangerous force on the world stage. There’s just one more step needed to complete this perfect plan...the elimination of the president of the United States.

A little more than thirty years ago Tom Clancy was a Maryland insurance broker with a passion for naval history. Years before, he had been an English major at Baltimore’s Loyola College and had always dreamed of writing a novel. His first effort, The Hunt for Red October—the first of the phenomenally successful Jack Ryan novels—sold briskly as a result of rave reviews, then catapulted onto the New York Times bestseller list after President Reagan pronounced it “the perfect yarn.” From that day forward, Clancy established himself as an undisputed master at blending exceptional realism and authenticity, intricate plotting, and razor-sharp suspense. He passed away in October 2013.

Mark Greaney has a degree in international relations and political science. In his research for the Gray Man novels, including Mission Critical, Agent in Place, Gunmetal Gray, Back Blast, Dead Eye, Ballistic, On Target, and The Gray Man, he traveled to more than fifteen countries and trained alongside military and law enforcement in the use of firearms, battlefield medicine, and close-range combative tactics. He is also the author of the New York Times bestsellers Tom Clancy Support and Defend, Tom Clancy Full Force and Effect, Tom Clancy Commander in Chief, and Tom Clancy True Faith and Allegiance. With Tom Clancy, he coauthored Locked On, Threat Vector, and Command Authority.

“Greaney...imbues his prose with the same gusto and sheer conviction that Clancy did.”—Booklist

“He constantly taps the current world situation for its imminent dangers and spins them into an engrossing tale.”—The New York Times Book Review

“No one can equal his talent for making military electronics and engineering intelligible and exciting...He remains the best!”—Houston Chronicle