Cracked Up to Be: A Novel (Paperback) 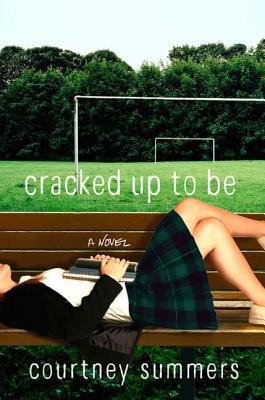 By Courtney Summers
May Be Available to Order
Out of Print. We can look into it for you. Availability not guaranteed.

In this young adult novel debut, the story of a girl too smart for her own good who, after one tragic night, decides to reject the popular life in exchange for one of solitude.

Perfect Parker Fadley isn't so perfect anymore. She's quit the cheerleading squad, she's dumped her perfect boyfriend, and she's failing school. Her parents are on a constant suicide watch and her counselors think she's playing games…but what they don't know, the real reason for this whole mess, isn't something she can say out loud. It isn't even something she can say to herself. A horrible thing has happened and it just might be her fault. If she can just remove herself from everybody--be totally alone--then everything will be okay...The problem is, nobody will let her.

“Cracked Up To Be gives you Parker, her world, her friends, straight up, no chaser. You won't forget her.” —Kathe Koja author of Kissing The Bee

Courtney Summers is the bestselling and critically acclaimed author of several novels for young adults, including Cracked Up to Be, All the Rage and Sadie. Her work has been released to multiple starred reviews, received numerous awards and honors--including the Edgar Award, John Spray Mystery Award, Cybils Award and Odyssey Award--and has been recognized by many library, 'Best Of' and Readers' Choice lists. She lives and writes in Canada.

“Courtney Summers is a writer who pulls no punches and Parker Fadley is a character you won't forget. Together, they create a novel that will keep you on edge, turning pages long into the night.” —K.L Going, author of Fat Kid Rules the World

“Told in beautifully rendered, spare, haunting prose...Courtney Summers has written a remarkable debut. I thought about this one long after I'd reached the end.” —Alyson Noël, author of Saving Zoë

“Summers expertly navigates the dangerous waters of high school, leading her readers on until she reveals the grim secret that led her troubled heroine to the brink of suicide. Fans of Lois Duncan and Christopher Pike will appreciate this dark tale.” —Martha O'Connor, author of Bitch Posse

“Cracked Up To Be gives you Parker, her world, her friends, straight up, no chaser. You won't forget her.” —Kathe Koja author of Kissing The Bee