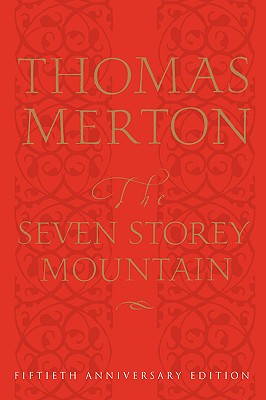 By Thomas Merton
$35.00
Available and Ships as Soon as Possible.


One of the most famous books ever written about a man’s search for faith and peace.

The Seven Storey Mountain tells of the growing restlessness of a brilliant and passionate young man, who at the age of twenty-six, takes vows in one of the most demanding Catholic orders—the Trappist monks. At the Abbey of Gethsemani, "the four walls of my new freedom," Thomas Merton struggles to withdraw from the world, but only after he has fully immersed himself in it. At the abbey, he wrote this extraordinary testament, a unique spiritual autobiography that has been recognized as one of the most influential religious works of our time. Translated into more than twenty languages, it has touched millions of lives.

Thomas Merton (1915-1968) was born in France and came to live in the United States at the age of 24. He received several awards recognizing his contribution to religious study and contemplation, including the Pax Medal in 1963, and remained a devoted spiritualist and a tireless advocate for social justice until his death in 1968.

"Without a life of the spirit our whole existence becomes unsubstantial and illusory.-Thomas Merton